Over the past few months, much attention has been given to Professional eSports players and their massive salaries. Quite a few professionals are content creators who regularly post videos and stream gameplay on video sharing platforms like YouTube and Twitch. Others are primarily eSports athletes who participate in tournaments and events.

Further, due to the Coronavirus pandemic, we have seen quite a few major tournaments getting canceled. Certain competitions such as the FNCS have lower prize pools that have further reduced a professional player’s avenues to earn money. This might require quite a few of them to turn into Content Creators in the future.

With a wide range of eSports professionals earning more than $6 million a year, the future might call for a more content-oriented approach. Most popular Content Creators have highly engaging personalities and stream on an almost everyday basis. This not only helps them build a bigger and more lucrative brand for themselves, the organizations that sign them reap some of the benefits as well.

Why Content Creators are worth more than Professional Competitive players nowadays

While on one hand the overall competitive scene of most games has taken a hit, Content Creators appear to be doing rather well. The last few months have seen a bunch of popular streamers return from their breaks/bans, and most of them have been well received.

In 2020, the average number of live channels on Twitch have grown from around 50,000 to 84,000, according to Twitch Tracker. For the first time in Twitch’s history, there are more than 2 million people watching content on the platform at any given time.

Recently, we saw Esports Talk post a video on the matter. According to Jake Lucky, professional Esports players who are simply showing up to tournaments might not be offering as much as Content Creators. Various organizations such as 100 Thieves and NRG have in the past added value to themselves by recruiting professionals who were also good content creators. 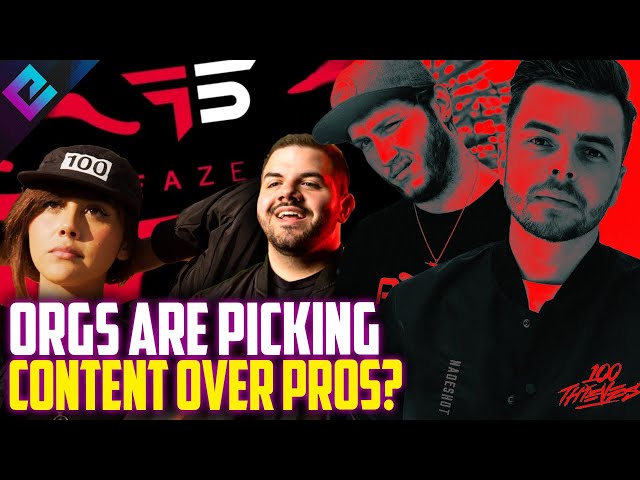 Further, the video shed light on how Fortnite’s success is partly owed to the extent of social media presence that the Content Creators related to the game have built. Regardless, considering the number of avenues that Content Creation opens up, Esports organizations might begin to consider Content Creators to be more valuable than eSports professionals.