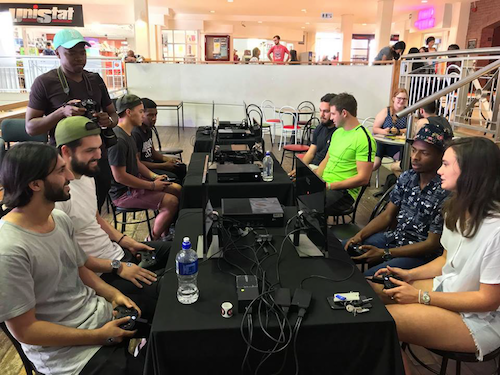 University Sports South Africa (USSA) Esports Committee chair Kiran Maharaj has reflected on the growth of gaming within universities over the past year.

Maharaj, the current senior sport coordinator at the University of Cape Town, became the chair of the USSA Esports Committee when it was set up in September 2019.

There are currently 17 South African universities affiliated with the Committee and Maharaj claimed progress was “going well”.

“The concept of esports is fairly new in the USSA structure, it is not even a year old yet,” he said.

“We only started this in September 2019 and had our first USSA tournament, where we had around about 10 institutions participating.

“The first year is going well, COVID-19 posed some challenges but we are slowly getting there.”

Esports has experienced an increase in popularity during the pandemic, especially with the majority of sport suspended for a period of time.

Maharaj highlighted this, but emphasised there were still challenges facing esports competitors.

“There is bandwidth cost, costing of equipment, it is for universities to actually adopt the idea of esports as being something,” he said.

“There are a lot of universities I have been in contact with in The Netherlands, Canada and the UK that have esports as a faculty and something that they do full time.

“I think even without the pandemic, esports has started becoming a frontrunner in this regard.”

Maharaj also suggested that South Africa needed a dedicated national esports federation to aid the development of the industry.

“With the South African team, it’s a bit of a dicey situation as there is no esports federation in the country,” he said.

“A lot of things has to happen still – as it is the fledgling sport in the university environment there needs to be a lot done federation wise nationally for the country.

“Hopefully, we can influence that from a university point of view and get something sorted out there where we can meet nationally and create a South African team endorsed with players from the universities.”

The prominence of esports is on the rise, especially amid the global health crisis, with the International University Sports Federation recently hosting its first esports event in the organisation’s 70-year history.

Other university esports events have taken place in countries such as Australia and New Zealand, as well as the Americas.