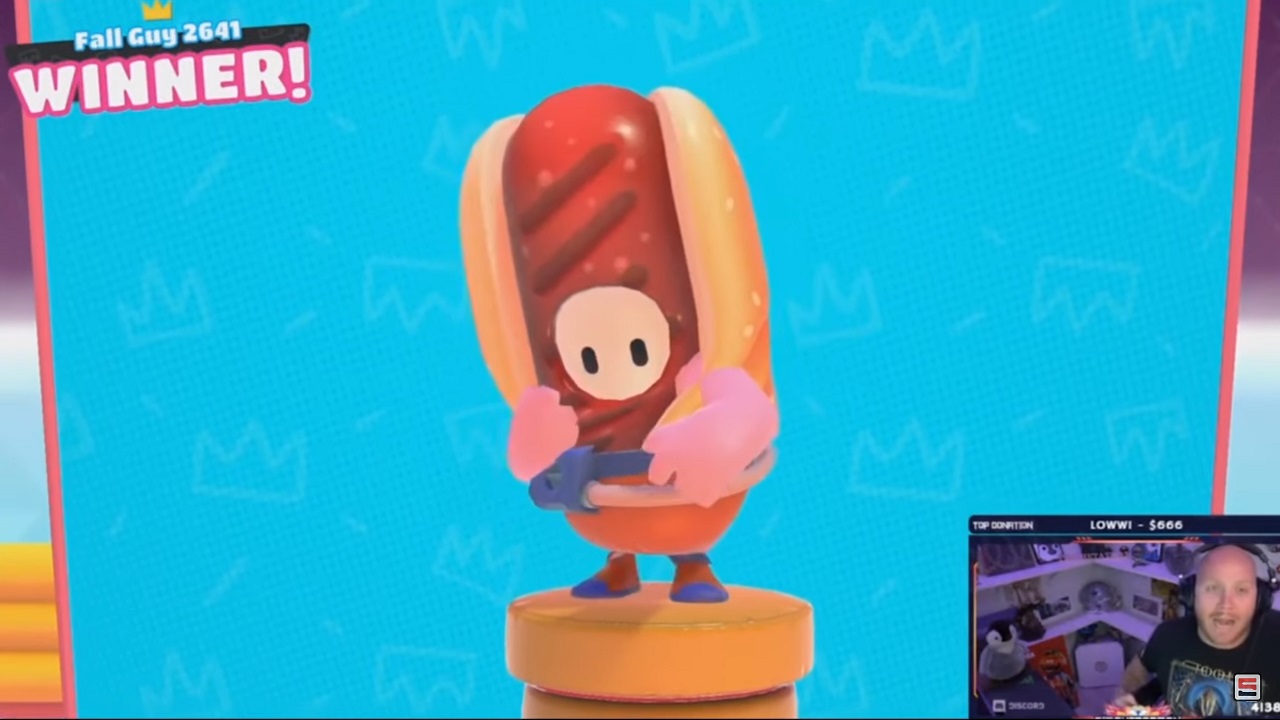 Fall Guys crowns don’t come easy. It takes patience, perseverance, and a touch of luck to even get within sight of a first-place win in the game. There are, perhaps, few people who know that better than Timothy “TimTheTatman” Betar, who famously struggled to net himself a win in the deceptively simple game. When Tim finally scored a win in Fall Guys, a large portion of the internet cheered him across the emotional finish line, and now ESPN Esports has launched a documentary of that journey and moment.

ESPN Esports launched its Fall Guys TimTheTatman documentary via the ESPN Esports YouTube channel on October 22, 2020. The 24-minute documentary features Tim himself of course, but also commentary from star influencer Tyler “Ninja” Blevins, 100 Thieves co-owner and CEO Matthew “Nadeshot” Haag, and a number of developers from the Mediatonic team behind Fall Guys’ development. Though much of the documentary follows TimTheTatman’s journey from learning about the game to a win, it also takes a deeper dive into Fall Guys: Ultimate Knockout’s impact, attributed to its sheer simplicity and also the attractiveness of its obstacle course battle royale concept.

For the entirely uninitiated, Betar was known very widely for his epic failures in Fall Guys’ early days of play. A regular streamer on Twitch going all the way back to Counter-Strike: Global Offensive, TimTheTatman became a constant figure alongside the likes of Ninja and Tfue during Fortnite’s peak. Tim himself claims he thought Fall Guys looked like it would be easy to pick up a win in. Cue weeks of soul-shattering grinding for a win that even caught Mediatonic’s attention.

@timthetatman hi Tim, sorry to bother you again – I was just looking for an L, but couldn’t find one. Someone said you’d taken them all?

All of this said, on August 19, 2020, Tim went into Fall Guys with determination, persevered and scored himself a win. The curse had been broken. The albatross was tossed. Now we’re not going to sit here and say it was the greatest gaming moment, but it was arguably a huge moment for Fall Guys. If notoriously unlucky TimTheTatman can get a W, maybe there’s hope for the rest of us.

And with Season 2 of Fall Guys now in full steam, cheaters yeeted, and plenty of more goods on the way, it looks like TimTheTatman’s immortalized moment in the sun on ESPN Esports served its purpose of continuing to solidify Fall Guys as one of the most breakout indies of 2020.