Between The Battlegrounds – Be Focused’ follows the $2M USD PUBG MOBILE World League (PMWL) Season Zero Finals as Turkish team Futbolist and Indonesian team Bigetron Red Aliens are crowned winners of West and East respectively. Both teams take time to reflect on what it means to win such a prestigious tournament, overcoming the demands of the competition and looking towards the PUBG MOBILE Global Championship (PMGC).

“Between The Battlegrounds” is an 8-part documentary series that follows the world’s best PUBG MOBILE players and provides an unrivalled backstage look at what it takes to be a professional player competing at the highest level. Learn about their training regimes, personal development and competitive strength which all showcase what it takes to be the one. 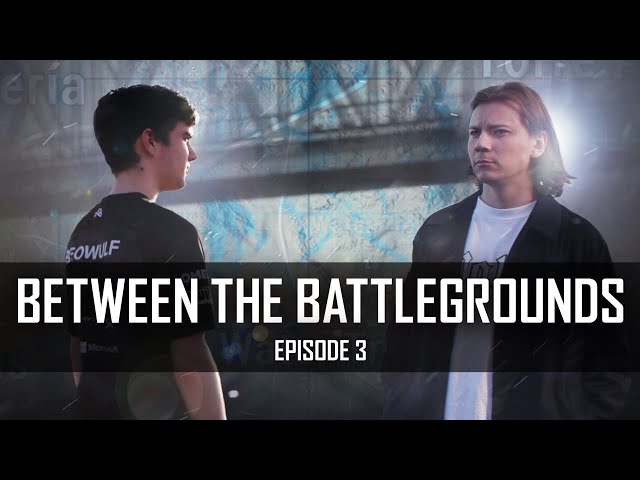 Between The Battlegrounds: A PUBG Mobile Documentary

Between The Battlegrounds – Be Focused is available to watch on the PUBG MOBILE Esports YouTube channel now. You can watch all previous episodes here.

The documentary stars and PMWL Season Zero Champions are both now battling for supremacy on an even grander stage in PUBG MOBILE Global Championship league, currently in full swing on the PUBG MOBILE Esports YouTube channel. At the end of the PMGC League, the 16 teams with the most Championship Points will qualify for the prestigious PMGC Finals in January 2021.

Fans can tune into the PMGC League until December 20th:

PUBG MOBILE is based on PLAYERUNKNOWN’S BATTLEGROUNDS, the phenomenon that took the world of interactive entertainment by storm in 2017. Up to 100 players parachute onto a remote island to battle in a winner-takes-all showdown. Players must locate and scavenge their own weapons, vehicles and supplies, and defeat every player in a visually and tactically rich battleground that forces players into a shrinking play zone.