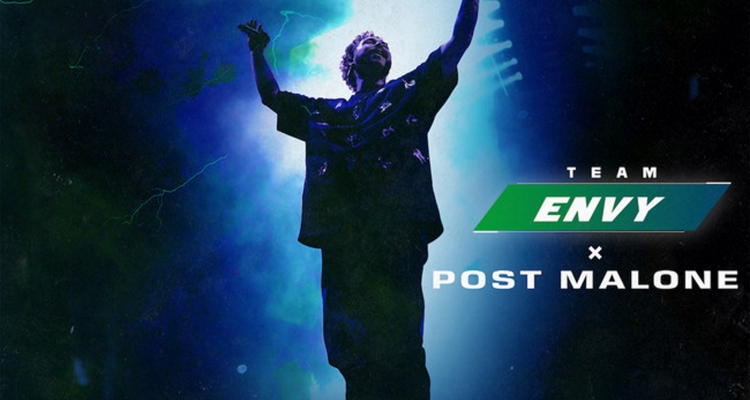 “I grew up in Texas, and I’ve been gaming my whole life, so this just really felt right,” Post Malone says in a press release. “I have always wanted to be a part of bringing gaming into the professional sports world, so to be involved with what Envy is doing in my hometown feels like such a perfect fit.”

Post Malone also serves as a brand ambassador for HyperX, a maker of gaming peripherals. He occasionally streams from his Twitch channel, playing games like Call of Duty: Warzone and PUBG. Post Malone’s crossover into the world of eSports isn’t that surprising.

Envy Gaming has been around as a force in gaming in Texas since 2007. The Dallas Empire team is one of the Final Four teams in the Call of Duty League. They have a chance at winning the championship and claiming the League’s throne.

Envy Gaming is hoping the massive cultural influence that Post Malone has will bring more attention to its competitive gaming scene.

Envy Gaming owner and chief gaming officer Mike Rufail said, “I first met Post at Posty Fest in Arlington last November. We had a very real chat about his love for video games. He’s a genuine gamer who brings a lot of effort and personality into everything he does. I couldn’t be happier to have him invest and build with us.”

Competitive gaming and streaming are becoming closely tied to the music industry. Fortnite broke Twitch streaming records when Drake joined Ninja for a few games. These crossovers become incredibly important for musicians to promote themselves to young audiences. Virtual concerts in Fortnite are just the beginning of the intersection between the music industry and the world of gaming.