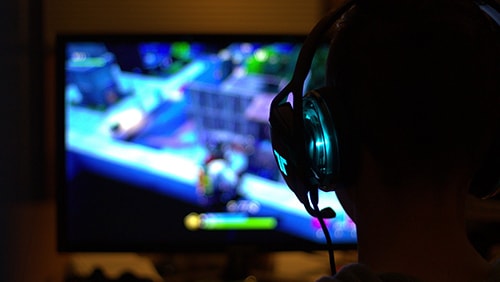 eSports is already a thriving industry, and it has gained even more popularity this year as one of the few activities that could be held virtually due to the coronavirus. There has been no shortage of interest in getting involved in the market from sanctioned high school competitions through professional organizations, and there will be even more going forward. Gambling company Parimatch was already involved in eSports and is now taking an even deeper plunge. It has partnered with Fnatic as its official betting partner, giving it a substantial international foothold in eSports competitions everywhere.

Fnatic is one of the most prolific eSports organizations, having won over 200 championships in different games over the past ten years. It has been around since 2004 and has the support of many global brands, including BMW, Monster Energy, AMD Radeon and more. Parimatch will join those ranks, becoming the organization’s gambling partner for its Counter-Strike: Global Offensive (CS: GO) teams.

Parimatch’s Head of Esports, Stepan Shulga, says of the new partnership, “This partnership with Fnatic is another example of Parimatch strengthening ties with the international esports community, but it is the first time we can call ourselves partners of a truly global and legendary brand with more than 15 years of history.” He adds, “We look forward to collaborating closely with Fnatic to reach millions of esports fans around the world, so watch this space, as we’ve got some exciting plans in store – #alwaysfnatic.”

The tie-up between the two entities will give Parimatch the ability to take advantage of Fnatic’s global footprint to increase its exposure in different marketing and social media segments. This will serve as a gateway to a number of different eSports audiences in various competitions, giving it access to over 15 million eSports fans that follow Fnatic on social media.

Adds Fnatic founder and CEO Sam Mathews, “At Fnatic, we view sports betting as an impactful way to enhance the overall esports experience, when undertaken in a responsible manner. We are proud to partner with a forward-thinking, technologically innovative, global brand like Parimatch and look forward to collaborating with them to enhance the visibility of esports around the world.”

Fnatic has always been able to attract a lot of high-profile attention because of the talent and skills of its players. The NBA’s Boston Celtics and MLB’s Houston Astros, through their respective team ownerships, have funded the group and watched as it continued to rack up win after win in CS: GO, Overwatch, League of Legends, Dota 2 and more. According to Esports Earnings, Fnatic has earned over $15.5 million in 918 tournaments since it was founded, the bulk of which came from CS: GO and Dota 2.