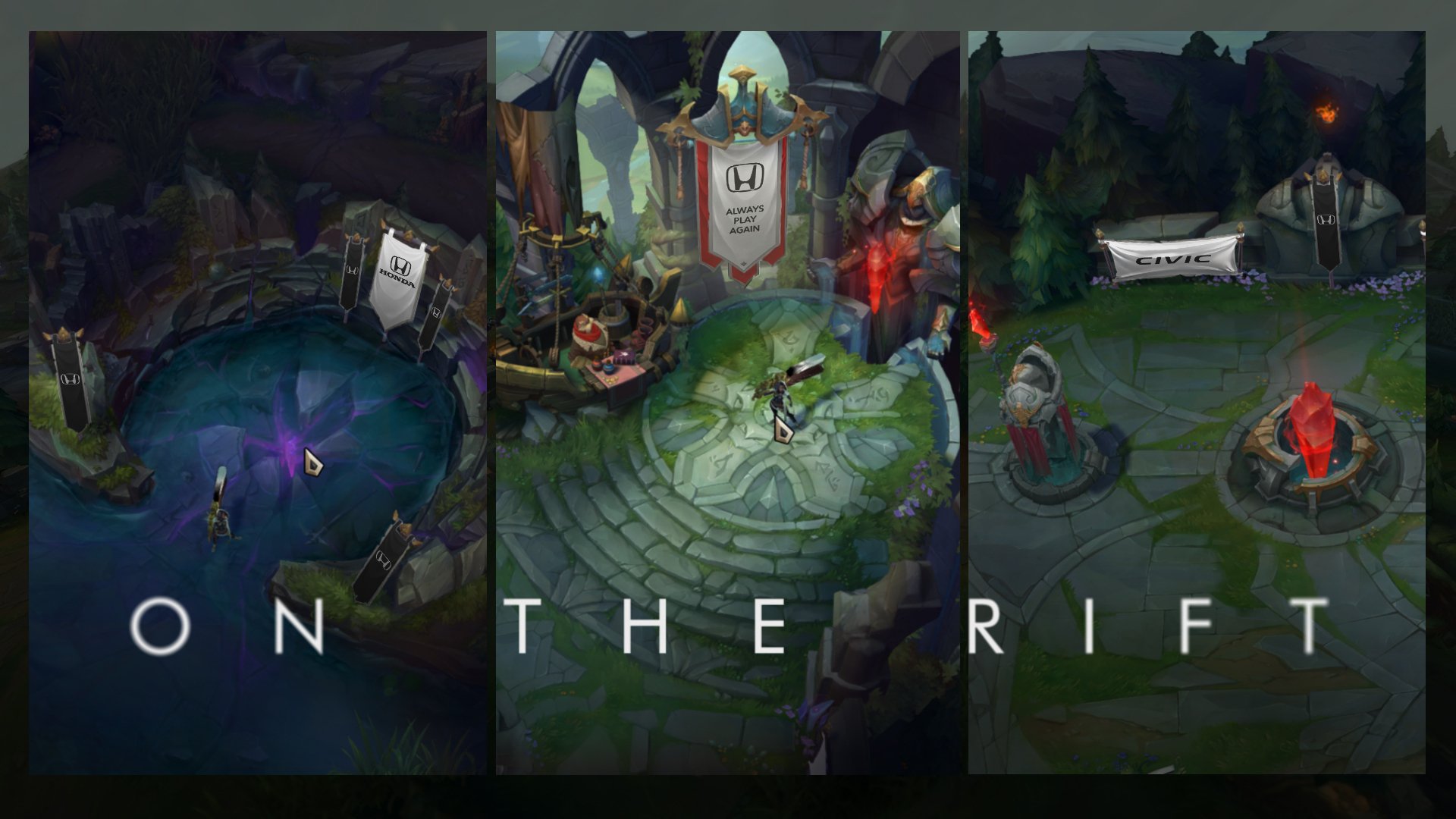 Riot Games has introduced the first partner it’ll promote via the Summoner’s Rift arena banners in League of Legends.

Honda banners will appear in-game for viewers during the LCS Playoffs, as well as the LCS Summer Finals on Sept. 5 and 6, Riot announced today. The banners will be located around Summoner’s Rift, including in the shop where players spawn, the Baron pit, and near the top-side inhibitor.

Additionally, a new in-game moment, the “Honda Performance Play,” will begin airing during games to mark “those clutch moments in the race for the LCS Championship title.”

Though it’s a non-endemic company, Honda has staked its claim in esports over the last year. It partnered with Riot in August 2019 for a sponsorship deal for the LCS MVP award, the LCS Scouting Grounds, and other branded content. The automobile manufacturer also partnered with Team Liquid in January 2019 and even created a Liquid-branded Honda Odyssey van.

Riot announced in May that it’d begin partnering with companies for Summoner’s Rift arena banners. The developer said it wanted to “create an environment that exudes the energy found in traditional sports.”

Many traditional sports sell all types of ad space for companies, so it’s not a surprise that Riot managed to add a partner’s logo in-game. In traditional sports, companies routinely advertise in or around the field of play and on team uniforms.