• Güven and Team Redline driver Maximilian Benecke top the overall standings for the real-world Pros and the Esports racers. 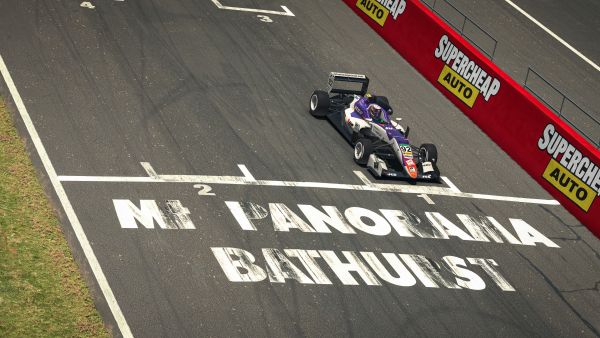 Last week’s spectacular season-opener has been followed by a superb show at the second event of the VCO ProSIM SERIES organised by Virtual Competition Organisation (VCO).

There were some minor changes to the pairings but the field of 92 drivers, from a range of real or virtual teams and race series, still boasted a top-level line-up. The Coanda Simsport team was the big winner at the second event, as Esports racer Joshua Rogers and real-world Pro Ayhancan Güven secured the win in the ‘Championship Race’.

Rogers had already claimed pole position at the Bathurst ‘Mount Panorama Circuit’. The team can now celebrate scoring a total of 38 points in the overall standings and securing prize money of 1,625 US dollars. Real-world Pro Laurin Heinrich claimed victory in the ‘Fun Race’, in the Super Late Model on the legendary US Road Atlanta circuit.

Once again, the ‘Fun Race’ kicked off the evening’s proceedings. Unlike last week with the Esports racers behind the wheel, it was the real-world Pros at the controls. In the Super Late Model, designed for short tracks, they raced on the winding Road Atlanta circuit for 20 minutes, battling for the win and points in the overall standings – ramping up the entertainment and risk levels at the same time. 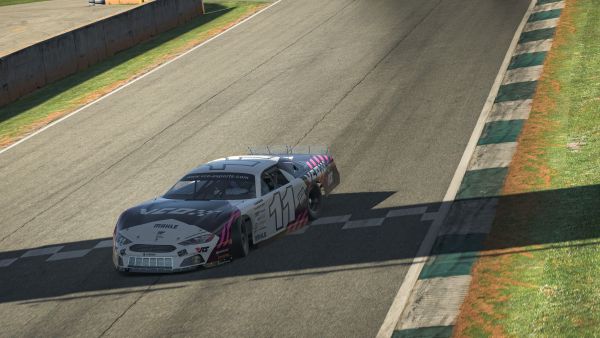 The outstanding driver in the ‘Fun Race’ was Laurin Heinrich, who came out on top in qualifying (1:20.697 minutes) and in the race. Heinrich races in the Porsche Carrera Cup in the real world, and shortly after the start was able to pull away from the rest of the field – ensuring that he avoided involvement in the many battles behind him which made for a most entertaining race characterised by accidents and spins. Matt Campbell and Philipp Eng crossed the finish line in second and third places.

Laurin Heinrich: “Winning the ‘Fun Race’ was just a great feeling. I really like it when I have to get used to totally new conditions in a really short space of time. I don’t think that any of us had driven a car like that before, so it was really great fun to get used to it so quickly and produce…