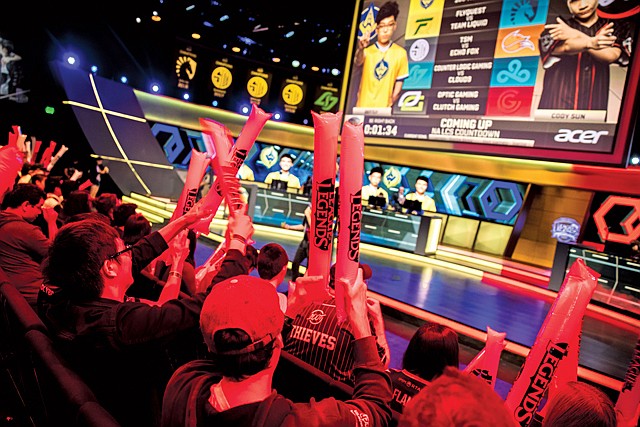 Santa Monica-based startup Esports One Inc. announced Dec. 3 that it had raised $4 million in early stage funding to continue development of a fantasy sports platform tied to the world of competitive video gaming.

Investors XSeed Capital, Eniac Ventures and Chestnut Street Ventures led the new round of funding, the company reported. The new raise follows a $12 million Series A round that was completed last year with a post-money valuation of $42 million.

In total, Esports One has raised $19.25 million since 2017, when it participated in the Play Labs accelerator at the Massachusetts Institute of Technology, according to PitchBook Data Inc.

Esports One launched its fantasy platform earlier this year. Following the model of fantasy leagues for traditional sports like baseball and football, it offers users the opportunity to build a virtual roster of real esports players. Participants can then face off against other users, scoring points based on how well their chosen esports players perform in live competitions.

So far, the Esports One platform has only been available for fans of “League of Legends,” an esports staple published by Sawtelle-based Riot Games Inc.

According to the company, the new funding will enable Esports One to expand its fantasy platform to new games, including the wildly popular battle royale game “Fortnite” and Riot’s latest title, “Valorant.”

“We’re going to be bringing the same level of care and detail to creating fantasy games for many of the biggest titles in esports, and we’ll be welcoming so many new players thanks to some really exciting partnerships,” Esports One Chief Executive Matt Gunnin in a statement.

According to the company’s announcement, Esports One is also developing a prize system for users with winning teams and is planning to release a mobile app so that players can keep track of their teams on the go.

For reprint and licensing requests for this article, CLICK HERE.