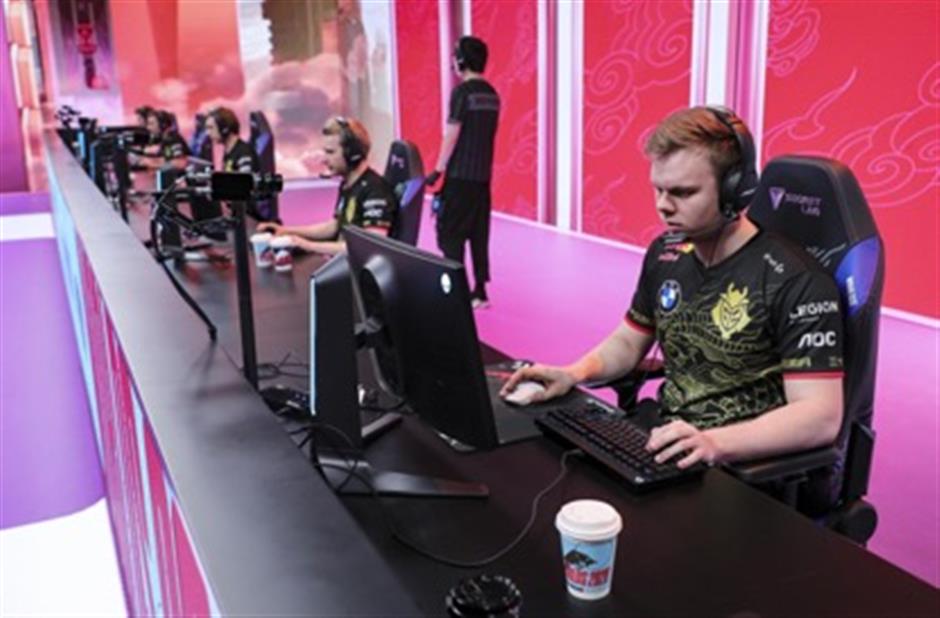 ESports players at the 2020 League of Legends World Championship in Shanghai.

A Chinese eSports team is guaranteed a place in the final of the 2020 League of Legends World Championship in Shanghai.

Two Chinese teams — Suning and Top ESports — will compete in the semifinals this weekend with the winner going forward to the final at the Pudong Football Stadium on October 31. The other semifinal is between Germany’s G2 ESports and Damwon Gaming from South Korea.

A total of 22 teams, including four from China, have been taking part in the competition.

Because of the pandemic, all events are being broadcast online, except for the final, according to organizers Tencent and Riot Games.

An eight-day eSports carnival in Huangpu District from Saturday will broadcast the games and feature eSports-themed activities.

The carnival, held by the organizers and Bilibili, is expected to attract 3,000 visitors including players and fans.

In the first half of the year, China’s eSports market revenue hit 71.9 billion yuan (US$10.6 billon), a 54.7 percent growth year on year. The eSports user base reached 484 million by June, according to industry figures.