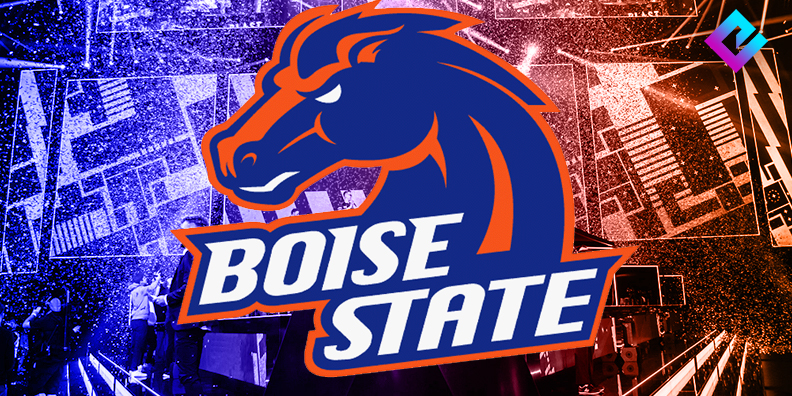 It sounds like pretty great news for Boise State’s esports program! Boise State Esports has been nationally recognized, being finalists in six of eight awards at the National Association of Collegiate Esports annual convention! On top of that, four players were selected for All-Star teams for League of Legends, Overwatch, and Rocket League. While traditional sports have ground to a halt, esports has never been bigger or better, and it sounds like Boise State is starting to shine as a program.

Some people think esports isn’t legit, but those people have likely never been there in a stadium, hearing players cheer their lungs out. Esports players practice for years and have incredible training regimens. It’s hard work and takes a great deal of skill, and to us, esports is real. Not to mention, collegiate esports is just as great as any other level of skill.

Who on the Boise State Esports roster saw All-Star potential in addition to being awards finalists? Robert Faricy and Dean Wood (League of Legends), Madisyn Benge (Overwatch) and Jared Frank (Rocket League) made the cut for All-Stars teams. Even though these teams weren’t all making it to national championships or even the playoffs last season, their skill has been noticed.

“It means so much to me especially after not making it into the playoffs, Top 64, last season, I put it a lot of outside work just improving,” Faricy said.

Esports is about improving and growth, as well as working together. All those people who made light of esports don’t have as much snark in their voice when their favorite traditional sport embraces esports, we bet.

“I know there’s like a stigma with esports, that they’re not a real sport, so when this whole pandemic started, not to make light of the bad things happening, but it’s always kind of fun to talk with my buddies who are following esports like haha there’s actually one sport being played and that’s esports,” said BSU Esports Broadcaster Michael Fisher.

Their community is growing, as is it is for esports around the nation, heck, the whole world. But it sounds like in particular, for Boise State Esports, things are looking great, even beyond the awards. People are starting to take notice and see what kind of skill BSU has. One thing Boise State came away with was Broadcast Team of the Year. BSU had over 1,000 hours that were broadcast to nearly 1.3 million viewers.

“We’ve stepped it up to a whole new level because the pandemic has sort of given us more resources to say ‘hey how do we focus on making it look really really really good’ because we know it’s one of the few things people are seeing,” Fisher said. “Everyone gets along, the casters, the players, production, we can all just kind of joke around. It’s just like having a big family you know when you…