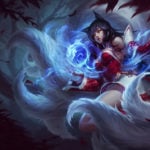 Riot Games’ mobile hit Wild Rift is slowly rolling out to more regions and devices throughout the world. Though the game may look like a simple port of League of Legends, Wild Rift was designed from scratch to make it compatible with almost all devices running Android and iOS.

This fresh start allowed Riot to go to great lengths while developing Wild Rift, like optimizing the controls for the smoothest gameplay experience. It’s going to take some time for Riot to balance and include all the champions in League’s squadron, but there are more than a handful of them available to make Wild Rift feel just like home.

Considering the Summoner’s Rift featured in Wild Rift is smaller than the PC version, there are more variables in play for Riot to adjust. Assassin champions tend to be an essential part of all the matches they’re in due to their ability to rotate and secure takedowns quickly. The smaller map in Wild Rift makes rotating around relatively easier since there will be less downtime spent running lane to lane.

Assassin champions could be considered less effective on the larger scale of things compared to League since one of them snowballing before the 10-minute-mark could be regarded as unfun for half of the lobby.

It doesn’t change the fact that they turn into absolute-machines in the right hands. Once you get a decent start in the early game, you’ll be able to dismantle an enemy team with the correct moves as an assassin in Wild Rift.

Here are the best assassin champions in League of Legends: Wild Rift.

Any player with the slightest League experience will know what Zed is capable of as an assassin, but first-timers may find themselves getting lost against this almost impossible-to-catch assassin.

Zed can dish out absurd amounts of physical damage in the shortest timespan possible, which makes him a top candidate for neutralizing any threats on the enemy team. Catching a Zed who is handy with Living Shadow may turn into a real struggle since only a Zed player can understand what the enemy is thinking.

Playing this champion yourself will also be essential to understand how you should play against him. Though stacking this much physical damage turns Zed into a decent auto-attacker as well, you should always take your time to wait for your spells’ cooldowns. Walking into a skirmish without your mobility tools may turn you into a sitting duck, and you’ll be more useful to your team by singling out important targets during their weakest moments.

Mostly played in the jungle, Master Yi is one of the champions that benefitted from the smaller map of Wild Rift. The main problem that Master Yi players faced in League was deciding when to farm and gank, but Wild Rift’s more compact nature makes sure that you have enough time for both.