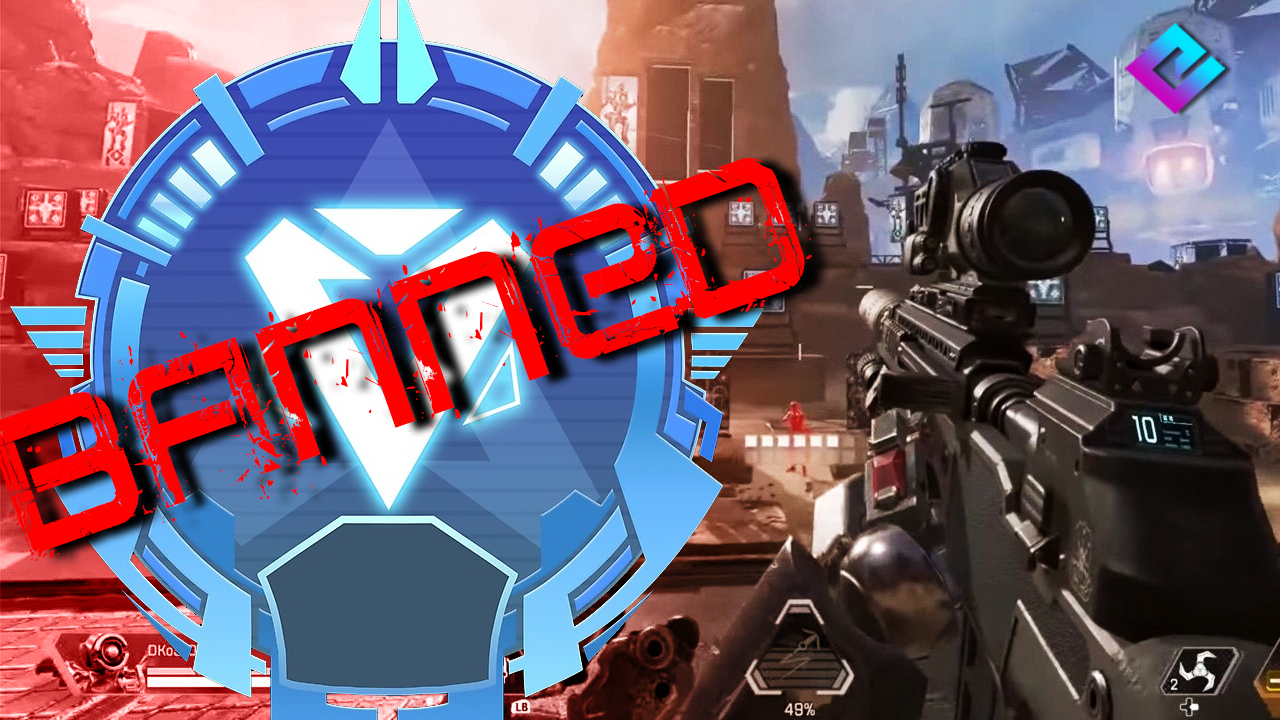 People in a competitive game getting caught cheating and getting banned? Say it ain’t so! At least these people are getting punished, like the 2 million accounts in PUBG Mobile. So what’s gone down? In Apex Legends, 419 players at the Diamond or higher rank were banned by using a reprehensible exploit. This isn’t even something you do by accident, it’s very deliberate. It may require a little luck to pull off, but it’s something done deliberately, as it’s a pretty rare glitch otherwise. So what did these players do?

As with all online competitive games, you climb the ladder by playing people of equal or higher skill. So what do you gain from playing as a Diamond Ranked player who goes against exclusively Bronze-level players? Sure, you would still manage to get RP (Ranked Points)l, but you sure aren’t climbing anything.

These players, the 419 Diamond+ players in Apex Legends got banned for abusing an exploit that let them play in Bronze lobbies instead. Given their skill level compared to Bronze (people are basically starting out), it’s free RP. Since you gain RP from winning matches and kills/assists, these Diamond players were farming ranked points by doing basically nothing. Not to disparage Bronze players, but it was probably akin to Bot Matches.

One of the Respawn devs, Conor Ford is “security” for Apex Legends. Apparently, he tracked these players throughout Season 6 to make sure that what he was thinking (the exploit) was actually going down. His message to them at the beginning of Season 7 was a hilarious one:

“To the 419 Diamond+ ranked players who abused an exploit allowing you to get into and farm bronze lobbies for RP, enjoy watching Season 7 from the sidelines”, followed with a hammer emoji, and a heart emoji.

This isn’t some brand-new exploit, either. It was known back in July 2019, where a player reported an issue with the high-ranked players glitching down into lower games for easy RP. If you’re curious how this happened, there are several breakdowns of exactly how the exploit works floating around the internet.

However, we do not advise you go and do it yourself. Whether it’s easy or not, it’s very clear that Apex Legends is not tolerating this kind of cheating. We’re amazed this problem is still around after a year though. Respawn may be working on it and simply not have a fix. It could be an incredibly complex situation, but it’s something they should nonetheless address. That being said, that doesn’t make it okay for players to abuse an exploit, just because it’s still around. It’s one thing to do…