Seraphine is most likely the next League of Legends characted to join the champion roster and thanks to a data mining leak on Twitter, we may already know what her abilities will look like.

Seraphine will almost certainly be the next League of Legends mage, considering all the
leaks

and the fact that she already joined the K/DA virtual music group as a new singer.

two months ago, we could already know what Seraphine’s kit may look like. Wild Rift is Riot’s new League of Legends mobile game which is still in its beta phase. Even though it’s different from League of Legends, the games are still largely similar.

Passive: Echo – Every third basic ability cast will echo, casting it again. Casting an ability grants a Note to nearby allies for a number of seconds. For each Note, Seraphine’s next attack gains range. Her next attack deals additional magic damage.

First ability (Q) – Deal magic damage in a targeted area. The damage is increased depending on the enemies’ missing health.

Second ability (W) – Seraphine shields all nearby allied champions and grants them a movement speed buff. If Seraphine is already shielded, their allies receive a heal based on their missing health.

Third ability (E) – Deals magic damage and slows all enemies hit. The targets become rooted if they were already slowed.

Ultimate (R) – Deals magic damage to enemies and charms them for a number of seconds. Spell extends when it touches an ally or enemy champion. 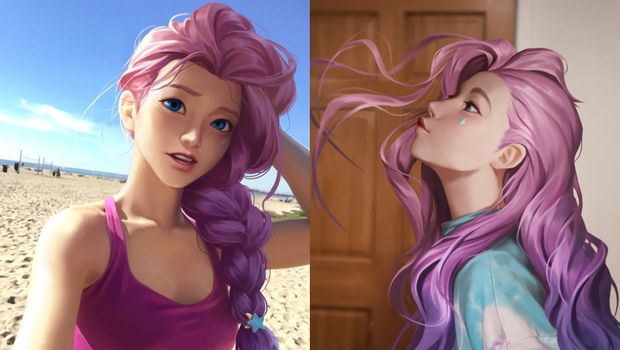 Could this be the new champion?

According to these abilities, she could be a support champion with a kit that is very similar to Sona’s. Depending on her actual ability numbers she could also be viable as a utility mid lane mage.

Even if we assumed that these leaks were correct, Seraphine’s kit could still look different on her realease since she’s still in development and these leaks are mined from Wild Rift which is a more simplified version of the actual League of Legends game we know.