On to the PMWL Finals!

The second Super Weekend of the PUBG Mobile World League (PMWL) Season Zero went underway recently and saw a tight race to the top. Team Bigetron Red Aliens (BTR) and team Megastars secured some crucial Winner Winner Chicken Dinner (WWCD) in PMWL East. In PMWL West, team Cloud9 leapfrogged team Loops by 19 points and is now in the lead. Both regions are expected to see increasingly exciting gameplay as the competition heads into its third week. 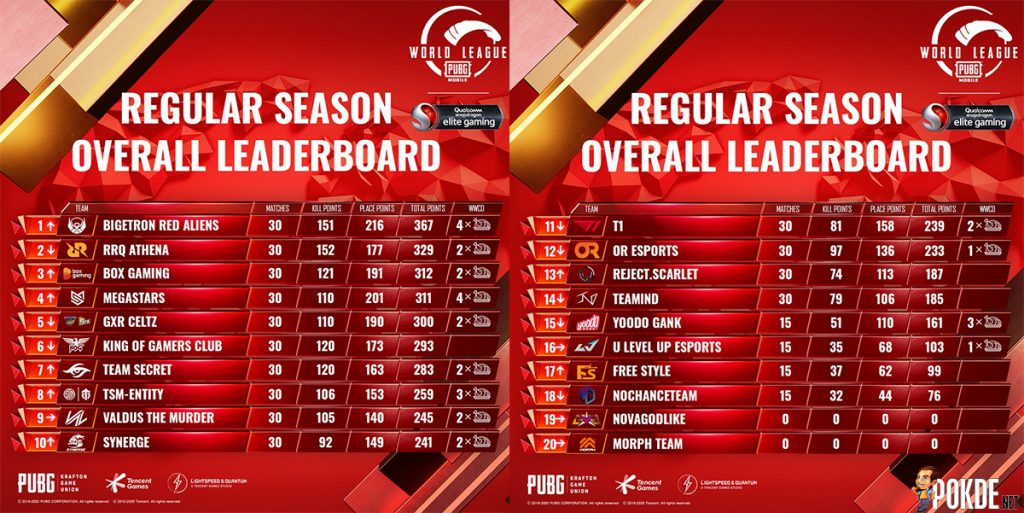 The format of East and West League play will continue for one more week. The best 16 teams from each League will be determined based on their World League Points earned during the Super Weekends and will move on to the PMWL Finals happening on 6-9 August 2020. The winning teams to come out from the East and West Leagues respectively will be crowned at the conclusion of the PMWL Finals.

Furthermore, the voting round for the Fan Favourite category of the PUBG MOBILE Esports Awards 2020 is now closed and voters’ Fan Favourite will be announced during the PUBG Mobile World League Finals. 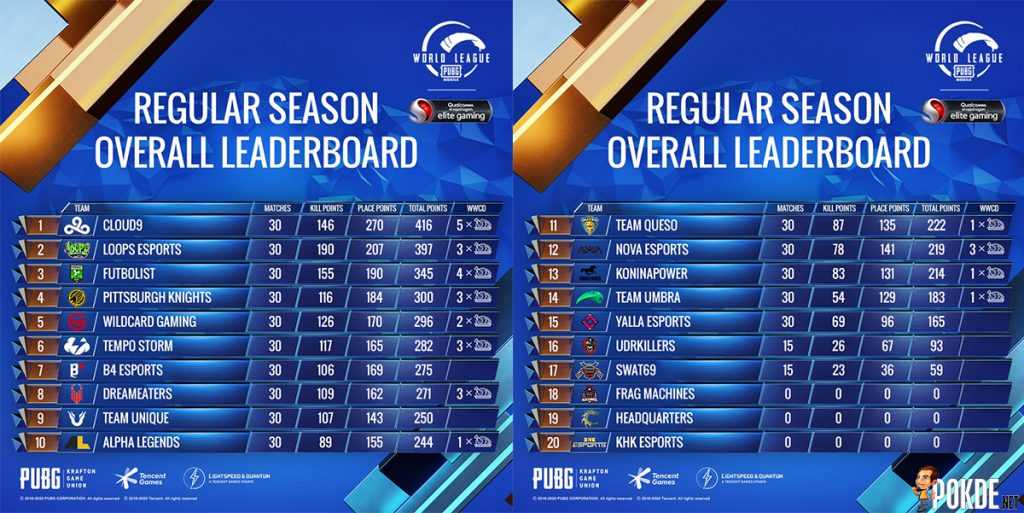 Due to the global pandemic, the PMWL Season Zero, PUBG MOBILE’s newest global esports programme, was changed to an all-online format, with Mountain Dew as the official beverage sponsor. PMWL Season Zero started on 11 July with 20 teams joining World League East and 20 other teams joining World League West and is set to be held until 9 August. It can be watched via live stream on PUBG MOBILE Esports YouTube channel.

Speaking of PUBG MOBILE Esports YouTube channel, the pilot episode of its official documentary “Between the Battlegrounds” has been released there called “Be Prepared”. It shows us the aftermath of the 2019 PUBG MOBILE Club Open Fall Split Global Finals and the impact of the Covid-19 outbreak on players’ preparation for PUBG MOBILE competitions. The pilot introduces us to Martin from team Valdus Esports, Madtoi of Team Secret, and the twin duo from team Bigetron Esports, Zuxxy and Luxxy, as they prepare for PUBG MOBILE competitions in the year 2020.

“Between the Battlegrounds” is an eight-episode documentary series that follows the world’s best PUBG MOBILE players and reveals behind the scenes’ look into the star players’ lives between professional competitions. Through this series, we learn about the personal developments and challenges faced by the players, and what it takes to be a top player in the game.