These are the easiest Weekly Quests for Week 8 to help you earn more battle points with the Battle Pass 2022.

Week 8 includes the easiest Weekly Quests that can be accomplished with support heroes and utility heroes in Dota 2. Take a look at these Weekly Quests during Week 8 of the Battle Pass 2022 to earn 3 stars on each quest effortlessly.

Play Yourself Out – Play 15 Matches

Play Yourself Out is a simple Weekly Quest that gives beginners with the Battle Pass 2022 a chance to earn 3 stars during Week 8. You can play Dota 2 matches with a renewed fervor for the strategy game as the games you win and the games you lose are counted for this Weekly Quest.

Since the matches you win and lose are both counted for the Play Yourself Out Weekly Quest, you can try these heroes to earn more stars without hesitation.

Sniper is an Agility hero who can dish out damage to enemies from incredibly far-off distances. Dota 2 players looking for a chill game can choose Sniper to stand behind their allies and decimate their opponents in battles.

The ranged hero has a base attack damage of 40 – 46. He has 550 range on his physical attacks when he spawns into the game. Sniper can gradually increase the range of his hits throughout the game.

The mid lane is an excellent place to start farming for Sniper. The Agility hero can purchase a Wraith Band to gain 6 attack speed, 2 Agility, 2 Strength, 2 Intelligence, and 2 armor. Wraith Band costs 505 gold in the game and automatically upgrades to Wraith Band 2 after 25 minutes have elapsed.

You can buy Power Treads to increase the movement speed of Sniper by 45 and his attack speed by 25. Make sure you choose Strength attributes for Power Treads during the early game to provide bonus health to Sniper while farming in the mid lane. You can change the attribute of Power Treads to Agility later in the game to gain bonus attack speed.

A quick way to farm in the lane for Sniper is by nuking waves of creeps with Shrapnel. Sniper can deal 25 damage per second (DPS) and slow enemy units’ movement speed by 12% in a 450 radius at level 1. You can increase the DPS dealt by Shrapnel to 70 and the movement speed slow to 30% by maxing it out.

Shrapnel has 3 charges that can be used at any time in the game. Restoring a charge of Shrapnel can take up to 35 seconds. Sniper has a projectile speed of 3000 that lets him nuke enemies rapidly using Shrapnel. You can increase the movement speed slow, DPS, and the number of charges of Shrapnel through the Talent Tree.

Headshot is a passive ability that increases the accuracy of Sniper’s attacks. Each attack from Sniper has a 40% to deal up to 110 damage and knockback opponents. You can increase the damage dealt by Headshot at level 10 and its knockback distance at level 20.

You can increase the range of Sniper’s attacks by 400 by maxing out Take Aim. It can also be activated to gain a 100% chance to land a Headshot for 3 seconds in the game. Sniper gains an additional 100 attack range at level 25. The best strategy to use for Sniper is to hit opponents from foggy areas on the map. Sniper can stay safe by hiding away from the view of their enemies.

Dragon Lance is a useful item for Sniper. The Agility hero gains a 150 bonus attack range by equipping Dragon Lance in his inventory. Dragon Lance costs 1900 gold in the game. The item provides 15 Agility and 12 Strength for the ranged hero.

Sniper’s ulti, Assassinate, can be used to kill enemy units that are trying to escape battles. Assassinate has a cast range of 3000 and deals up to 700 damage per hit. It has a cooldown of 10 seconds and consumes 275 mana per cast.

Sniper can turn on Mask of Madness right after using Shrapnel to reduce his enemies to ashes within seconds. Items, such as Maelstrom, can amplify the impact of Sniper’s attacks. You can also purchase a Shadow Blade to push lanes without being detected by enemy heroes to win more matches and complete the Play Yourself Out Weekly Quest during Week 8 of the Battle Pass 2022. 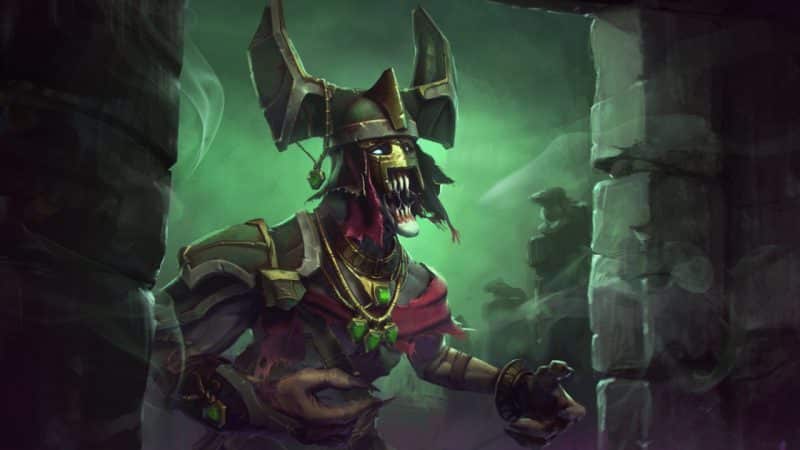 Undying is a melee hero with exceptional tanking capabilities in Dota 2. The Strength hero can use his abilities to heal his allies and deal damage to multiple enemy units. He can turn into a humungous monster to deal amplified damage to his enemies.

You can use Decay to strip enemies of their Strength and add them to yourself. Decay drains 4 Strength attributes from enemy heroes in a 325 radius. Enemy heroes hit by Decay take 120 damage. Decay needs 100 mana to be cast and has a low cooldown of 4 seconds, allowing Undying to nuke his opponents to weaken them in lanes.

You can take a level of Tombstone early in the game to summon units to attack all nearby enemies in a 1200 radius. Tombstone can last for up to 30 seconds. It has a cooldown of 75 seconds and needs 180 mana. You can reduce the cooldown of Tombstone by 15 seconds at level 10. Undying can cast a Tombstone upon death at level 20 through the Talent Tree.

Dirge can use Soul Rip to deal damage to opponents and heal allies based on the number of units that are found nearby in a 1300 radius. You can cast Soul Rip after using Tombstone to maximize the effects of Soul Rip. It has a cooldown of 6 seconds and requires 120 mana.

Flesh Golem, Dirge’s ulti, can be activated to deal more damage per hit to enemies. Undying gains bonus Strength while Flesh Golem is active and deals up to 35% more damage to his opponents. Flesh Golem lasts for up to 40 seconds and grants up to a 50 movement speed bonus for the melee hero.

Undying is a no-brainer when it comes to completing the Play Yourself Out Weekly Quest for Week 8 during Battle Pass 2022. Dirge can also reincarnate after dying by reaching level 25 in the game.

Actually Do Stuff – Win 5 games as a support hero

Dazzle is an Intelligence hero who can heal allies and save his teammates from the brink of death. The support hero can use Shallow Grave to shield allies from dying for up to 5 seconds. Allies with low health can teleport to safety while under the effects of Shallow Grave.

He can use Shadow Wave to heal allies and damage enemies around him. Shadow Wave has a cooldown of 9 seconds and consumes 90 mana. Shallow Grave and Shadow Wave are spells that can help you win matches by countering critical moments in team fights. You can max out these spells early in the game to gain a pivotal advantage in battle and accomplish Actually Do Stuff Weekly Quest for Week 8.

Keeper of the Light 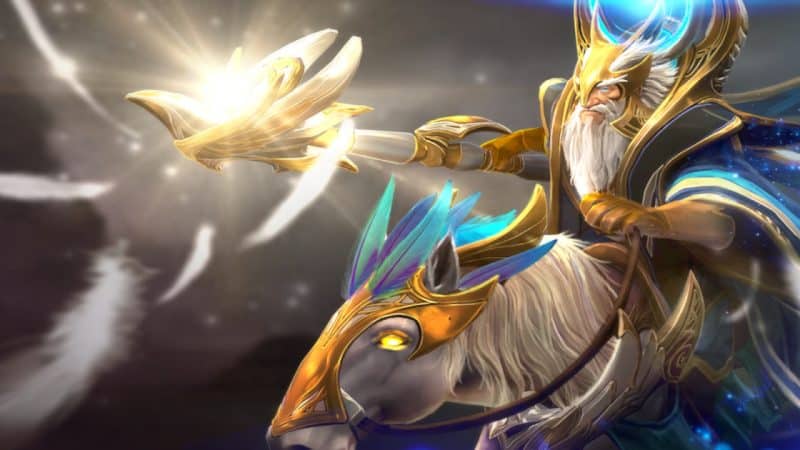 Keeper of the Light is a support hero who can restore mana to his allies throughout the game. The ranged hero can cast Illuminate to deal up to 500 damage to all enemy units in a 1550 radius. Illuminate has a cooldown of 13 seconds and consumes 175 mana. You can release Illuminate by standing behind the tower and between trees to avoid being detected.

KotL can replenish up to 320 mana and reduce the cooldown of spells by up to 6 seconds by casting Chakra Mana on his allies. Chakra Mana has a cooldown of 12 seconds. You can purchase Boots of Travel to teleport to other lanes. Boots of Travel will allow Ezalor to reach team fights on time to help his teammates defeat enemy heroes. He is a favorite pick to complete the Actually Do Stuff Weekly Quest during Week 8.

Get the latest Dota 2 betting tips, only on ESTNN.

South America’s Thunder Awaken made history at The International 11

What is Up With Broodmother? - DOTABUFF

Meta Overview after ESL One Malaysia