The latest 7.32 update for Dota 2 has made these Agility heroes superior in battle here’s a look at the top 5 agility heroes in 7.32.

Agility heroes make Dota 2 exciting to play for beginners and veterans of the game. The massively multiplayer game has tweaked a few fundamental mechanics for Agility heroes to improve their skills. The recent changes made to the game with the release of 7.32 update promise to turn these Agility heroes into favorites in the coming weeks.

Anti-Mage is known for his incredible attack speed in Dota 2. He can use his blades to drain the mana from his enemies with each hit. The recent updates made to Anti-Mage in 7.32 allow him to Blink in and out of fights faster and with lower mana cost.

Dota 2 players need 45 mana to Blink using Anti-Mage, instead of 60 mana. The range of Blink has been rescaled, with the minimum distance being 750 and the maximum distance increased to 1200. The cooldown has also been decreased from 15 seconds to 12 seconds for level 1 of the Blink ability.

The mana cost for Counterspell has also been decreased to 45. Anti-Mage can use Counterspell many more times during the early game due to the decreased mana cost. You can activate Counterspell to hurl back most targeted spells back at opponents within an instant. These spells include Unstable Concoction from the Alchemist, Chaos Bolt from the Chaos Knight, Homing Missile from the Gyrocopter, Ensnare from the Naga Siren, Cold Snap from the Invoker, and Lightning Bolt from Zeus.

Mana Void, the ultimate ability of Anti-Mage has also been strengthened in 7.32. It can deal up to 1.1 damage for each missing mana point of the enemy. The radius of Mana Void has been increased from 500 to 650 in the update. The increase in Mana Void radius can be unlocked through the Talent Tree at level 15.

Neutral items such as Quicksilver Amulet and The Leveller have been removed from the game. These core neutral items were used by millions of Anti-Mage players to increase their attack speed. You may have to rely on items like Manta Style and Butterfly to give your attack speed a boost while playing Anti-Mage in Dota 2. You can also purchase Satanic to gain increased Lifesteal from your physical attacks in the 7.32 update.

Hoodwink is among the newer heroes introduced to the game. There are several changes made to Hoodwink in 7.32 that have enhanced her abilities. The projectile speed of Acorn Shot has been increased to 2200 for the adorable hero.

Acorn Shot releases an acorn that bounces to enemy units in the vicinity and deals bonus damage to them for every bounce. The ability can bounce off of enemies for up to 5 times and slows their movement speed by 100% for 0.3 seconds. Acorn Shot also increases the range of Hoodwink’s attacks by 350.

The projectile speed of Bushwhack has been increased to 1300. Bushwhack can be cast on enemies around trees to stun them. It can deal up to 300 damage to enemies and stun them for 2.4 seconds. The ability can affect multiple heroes in a 265 radius and reduces their vision for the duration of the stun.

Bushwhack has a cooldown of 14 seconds. The cooldown for Bushwhack can be reduced to 11 seconds in the 7.32 update by reaching level 10. Bushwhack also gains an additional 60 damage to the spell that can be unlocked at level 15 through the Talent Tree.

Buying an Aghanim’s Scepter to Hoodwink will provide the ability Decoy. You can use Decoy in a battle to turn Hoodwink invisible and increase her movement speed by 15%. Decoy creates an illusion of Hoodwink that charges Sharpshooter at any enemy that is visible within 3000 range. Sharpshooter that is cast by the illusion deals 60% of its damage.

If an enemy hero attacks the illusion created by Decoy, the illusion will be mitigated and release a Bushwhack at the opponent. These changes make Hoodwink a worthy hero to choose in Dota 2. 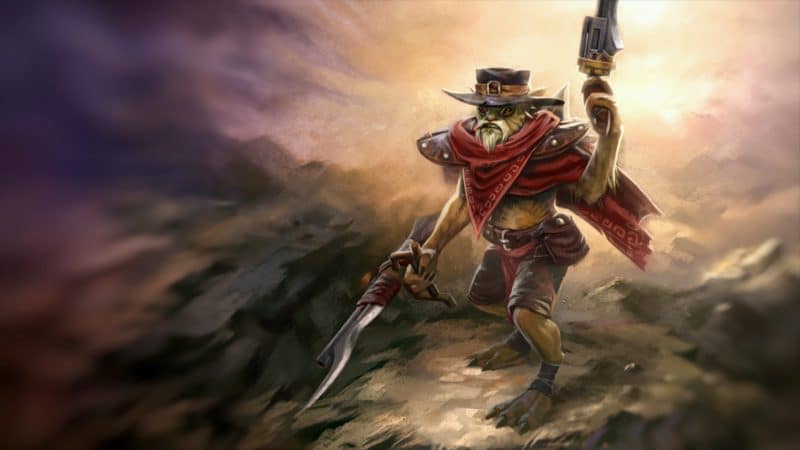 Bounty Hunter is a hero who can get you on a kill streak faster than most Agility heroes in Dota 2. The melee hero can gain tons of gold from his kills with his ultimate ability. There have been quite a few changes made to the Bounty Hunter in 7.32.

The recent update has turned Shadow Walk into a tremendous ability to use in battle. Casting Shadow Walk will turn the Bounty Hunter invisible for 35 seconds and increase his movement speed by 40%. The first attack after leaving invisibility will slow enemies for 4 seconds.

The Aghanim’s Shard upgrade has been updated to provide 2 charges of Shadow Walk to the Bounty Hunter. The upgraded Shadow Walk allows players to cast the spell on their allies, turning them invisible as well. It has a fade time of 1 second when cast on allies.

Charges of Shadow Walk are restored after 12 seconds. You can also silence enemies for 2 seconds after breaking Shadow Walk when you reach level 15 through the Talent Tree. The mini-stun duration of Shuriken Toss has also been increased to 0.2 seconds in 7.32. 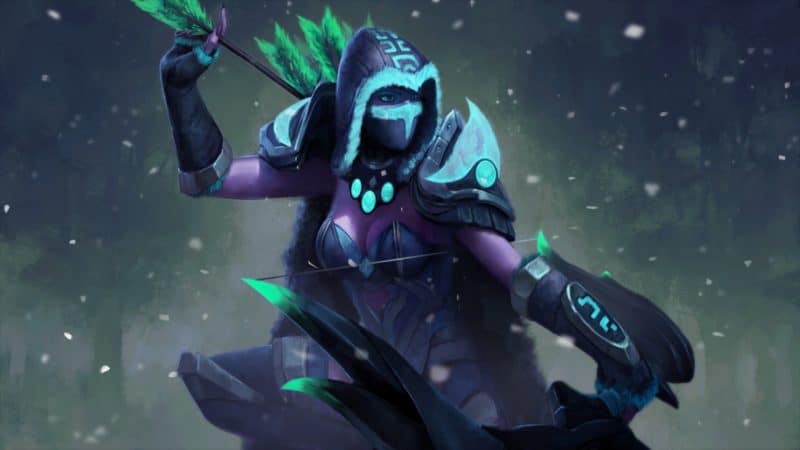 Drow Ranger is trained to hunt for heroes with her Frost Arrows. The Talent Tree of the Drow Ranger has been changed significantly in 7.32. These changes have boosted the potential of Gust for the Drow Ranger.

You can use Gust to silence enemies for 6 seconds and knock them back for 450 distance. The new and improved Talent Tree of the Drow Ranger provides a 15% movement speed after using Gust. You can unlock the movement speed boost for Gust at level 10. Reaching level 15 grants Drow Ranger the ability to reveal invisible units for 6 seconds using Gust. However, it does not reveal Observer Wards or Sentry Wards that have been placed on the map.

The damage from Multishot has been rescaled in 7.32. Multishot deals 100% of Drow Ranger’s base damage, instead of 85% at level 1. You can gain 25% additional damage on Multishot through the Talent Tree by reaching level 20. 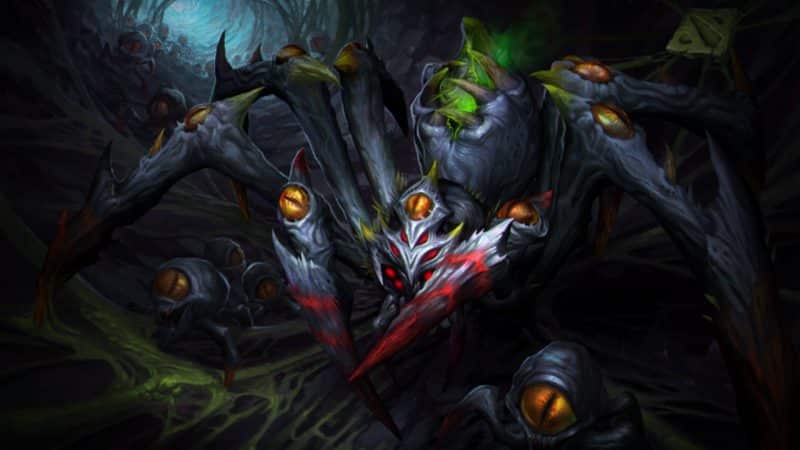 Broodmother can be a force to be reckoned with in the strategy game. The update for Dota 2 has changed plenty of things in the Broodmother. The base movement speed of the Agility hero has been increased from 280 to 285.

You can increase the health of your spiderlings by 130 after reaching level 15. You can also add another 25 Agility to your stats by reaching level 20 while playing Broodmother in 7.32.

Enemy heroes struck by Silken Bola from the Broodmother have a 55% chance of missing their attacks in the latest update. It can be increased by 35% chance to miss attacks at level 25. The reduced movement speed from Silken Bola can affect enemy units in a 400 radius by reaching level 20.

All you need to know about the Twitch Rivals MultiVersus tournament