Dota 2 is a strategy game with outstanding innovations and game concepts to help you hone your skills. Dota 2 beginners and professional players need to learn about Dota 2s Primary Attributes to improve their in-game capabilities and win decisive battles.

It has been nearly a decade since the launch of Dota 2. The online game has hundreds of unique mechanics that can be used to enhance your gameplay. Whether you’re playing Dota 2 by yourself or in a 5-member team party, finding out more information on the Primary Attributes and what they mean to your hero can drastically elevate your chances of victory.

A Strength hero might be more suited for a tank, able to sustain significant damage from enemies during battle and keep team members safe. You can also be an Initiator using a Strength hero who can start a team fight and gain the upper hand from the very first moment.

You can increase the maximum health of heroes by 20 per Strength point gained. The Strength points gained can increase the total health points and not the current health of the hero. If your hero was critically wounded in battle and has red HP, you might consider buying a Reaver from the Secret Shop. However, buying a Reaver will not increase your current health and might not be able to save your hero from imminent death.

How to Use Strength to Your Advantage in Dota 2

Pudge is a Strength hero you don’t want to mess with. He has an impressive 25 base Strength. Pudge has 700 HP from the time he spawns and can be a monstrous hero in the mid lane.

Flesh Heap is a passive ability that provides damage block and bonus Strength points for every enemy that Pudge kills. It also works on enemies that are killed around 1600 distance from the Butcher. Get at least one level of Flesh Heap before reaching level 6 to increase your maximum health points. Make sure you Meat Hook, Rot, and Dismember enemies with Pudge to dominate the game with the leading Strength hero.

Blade Mail, Crimson Guard, and Heart of Tarrasque are builds that can turn Strength heroes into tanking machines. Blade Mail provides 6 armor and can return damage from all sources for 4.5 seconds. Legion Commander and Axe are Strength heroes that can dish out massive damage with Blade Mail.

An Agility hero can be effective in a carry role. Most players who pick Agility heroes prefer to farm in the safe lane as they have low HP during early game encounters. Agility heroes strike their enemies using physical attacks that can pierce through their enemy’s armor. These heroes have increased movement speed, allowing them to get into the right position while killing enemies.

For Agility heroes, you can increase their attack speed by 1 per Agility point gained. Heroes with high Agility attributes have a better chance of activating certain items and abilities. Getting items, such as a Skull Basher and Echo Sabre, that have attack modifier abilities can be triggered more easily with bonus Agility points.

Each Agility point added to a hero increases their armor by 0.167. The increased armor reduces incoming damage from physical and magical abilities, improving your chances of surviving a battle in Dota 2. Attacks and items with Pure type of damage will not be affected by the armor of heroes.

How to Use Agility to Your Advantage in Dota 2 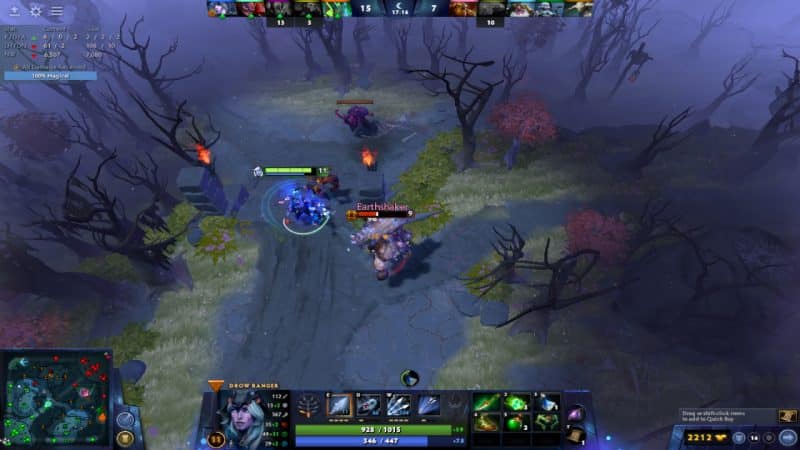 Yasha, Manta Style, and Butterfly are items that can make Agility heroes a terror on the battlefield. These items can buff Agility heroes by boosting their attack damage and attack speed. It will also increase the chances of successfully activating Marksmanship for Drow Ranger.

How to Use Intelligence to Your Advantage in Dota 2 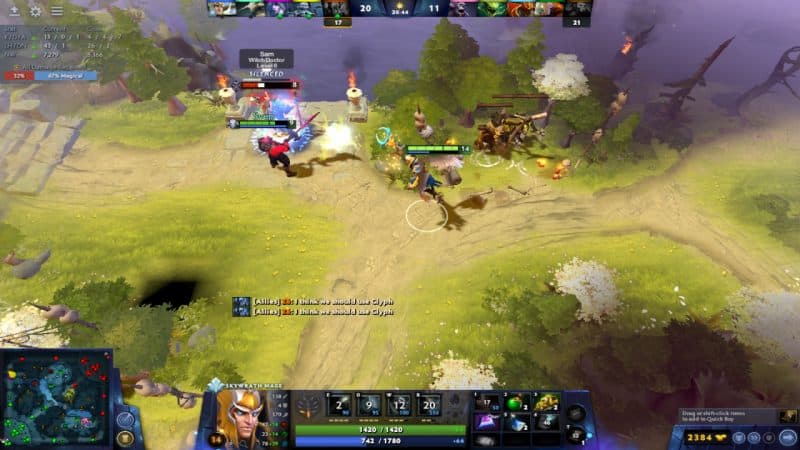 Rod of Atos and Veil of Discord are excellent items for Intelligence heroes. You can get an additional 24 Intelligence points added to your stats, providing 288 mana and 1.2 mana regeneration to heroes. It also provides 240 health and increases HP regeneration by 1.2 health regeneration. Rod of Atos has the ability Cripple, that can be used to root enemies and disable their movement for 2 seconds, giving your team adequate time to land spells and attacks.

The Veil of Discord costs 1525 gold, making it a priority for most support heroes in Dota 2. You can use the ability Magic Weakness using Veil of Discord to increase magical damage in a 600 radius for 16 seconds.

5 Reasons Why Esports Will Become MorePopular In The Foreseeable Future