The Pinnacle of Fighting Games Returns

After controversy and the pandemic, one of the most iconic esports events in the world finally returns. The Evolution Championship Series 2022 will run its course this weekend, and here is why you should care.

Our story starts with a message board argument in the mid 90’s. With Street Fighters rising popularity in arcades and healthy tournament circuits growing in the US, there was just one question left. Who is the best? A small tournament was held at the Golfland arcade hall in Sunnyvale, California. The Battle by the Bay.

Here on July 20, 1996, the event it would change gaming history. Back then, no one could’ve guessed that this annual even would one day grow into the most prestigious tournament in esports, the Evolution Championship Series. And I understand that some of our regular readers have probably no idea what I’m talking about, but don’t worry, ESTNN is here to help you. Evolution or Evo in short is the Grand Prix of Fighting Games and a spectacle with no equal.

It is here where the best players across multiple fighting games collide in a three-day tournament to declare the definitive answer on who is the best in their discipline. But Evo also doubles as a convention for fighting games, it is here when new games get announced, demo builds can be tested, merchandise is being sold all capped off with mind-blowing reveals like new characters.

But why is Evo so special? If you look at the prize pool compared to other landmark events like League of Legends World Championship or Dota 2’s International, it doesn’t seem to be that big of a deal. Actually, compared to the leagues of some of those fighting games, it looks like a joke. But the answer lies in the open tournament format that most fighting game community (FGC) events often employ. It goes back to the arcade roots of the genre, when everyone could participate and play by just dropping a quarter.

And while being the best in Street Fighter after year long league play might be more impressive on paper. It doesn’t even come close to the prestige of winning Evo. For Street Fighter V alone, there are a total of 1320 sign-ups and over the course of the weekend, one of those 1320 players will be declared champion in a double elimination tournament. But by far the biggest title at Evo this year is Arc System Works Guilty Gear Strive with 2161 players ready to fight for the crown. This will be the first in person Evo held after the start of the pandemic and under new ownership.

On stream, there’ll be a total of 9 games featured on stage. Those titles being in order of highest to the lowest participants; Guilty Gear Strive, Street Fighter V Championship Edition, Tekken 7, King of Fighters XV, Dragon Ball: FighterZ, Grandblue Fantasy: Versus, Mortal Combat 11, Melty Blood: Type Lumina and Skull Girls: 2nd Encore. With a total number of signees at 8049 from 63 countries.

Evo 2022 will be held from August 5 to 7 at Mandalay Bay resort in Las Vegas, Nevada. You can find a detailed schedule and links for all the live streams here. We’re also going to keep you updated on any of the reveals that might be happening this weekend. 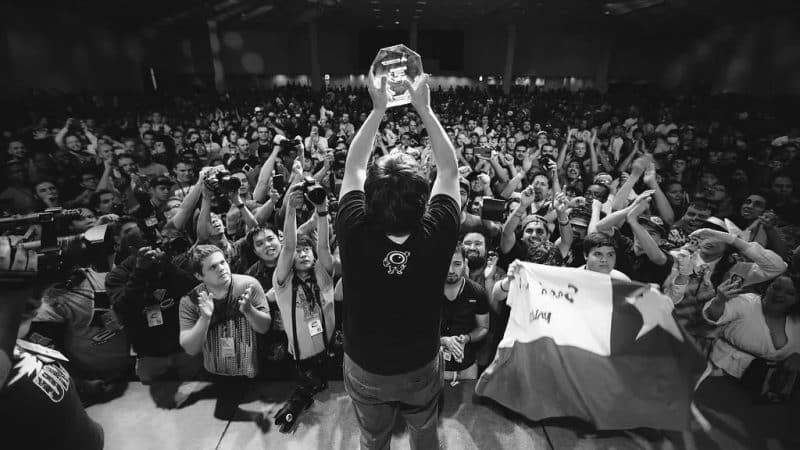 The live event Evolution 2020 had been cancelled in August 2020 in the wake of the COVID-19 pandemic hitting the United States. During that time, however, the FGC went through a lot of hardship and some serious allegations. Several prominent members of the FGC had been accused of sexual misconduct and harassment. This spiralled into more and more revelations coming to light which painted the entire community in a very bad light.

Years and years of stories about female members of the community being harassed, blatant transphobia, rampant racism and other unsavoury acts really shined a bad light on this whole subsection of the gaming world. And while some of these stories turned out to be made up, most were not, some uncovered even more disturbing stories and it was just a mess. Even if the FGC had always differentiated itself from esports in general, many communities also neglected to keep themselves to higher standards and hold each other accountable.

And while the FGC always had and hopefully will still maintain some competitive banter, there was a dire need to draw the line somewhere. This entire fiasco which ended up destroying several subsections of the community, long-lasting friendships and tarnished the reputation of the entire community at large. With numerous pro-players being dropped by teams and sponsors as punishment, but we’d also like to clarify that some players had been punished unjustly and been outed from the community prematurely. The story itself is so big, that there is no way we could do it justice here so we will refrain from casting any judgement.

Probably the biggest story coming out of this whole fiasco in 2020 were some serious allegations against then EVO CEO Joey Cuellar (known in the community as Mr. Wizard), one of the founding members of the event. Shortly after the allegations came to light and countless sponsors and developers pulled out of the event and the board decided to cancel the event and remove Joey Cellular from his position as CEO. Shortly after, the online version of the event was also cancelled and the organizers refunded tickets and vowed to donate the rest of their funds to the NGO Project HOPE.

In 2021, Evo announced that they had been acquired by Sony Interactive Entertainment and Endeavour Group Holdings in a joined venture. The event had been held online and was split up over several regions to combat latency. All of this kind of took a toll on the event series but things are looking better this year.

The big shocker however is the absence of Smash Bros. Ultimate this year after Nintendo decided the title was not allowed to feature at the venue. It is unclear if that’s due to the change of ownership, even if Sony vowed that they would do their best to showcase fighting games on every platform. In the past, Nintendo had been notoriously stingy about their support for the Smash Bros. community. But they also fairly recently officially licensed circuit for Super Smash Bros. Ultimate and Super Smash Bros. Melee in North America with esports organization Panda Global. 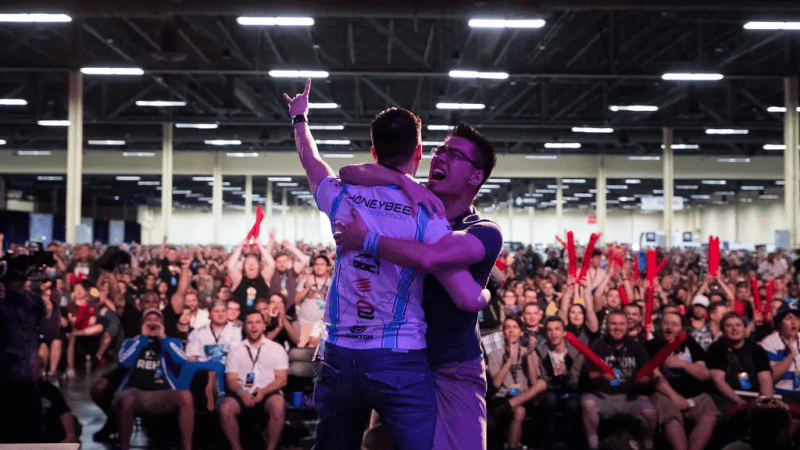 So this year’s event marks a new beginning for the Evolution Championship Series and the Fighting Game Community. Combo Breaker 2022 and Community Effort Orlando 2022 (CEO) already had some strong showings, and Evo will be by far the biggest event of the year even in the absence of two of its strongest titles. It also marks probably the last big showing of Street Fighter V before we transition into Street Fighter 6.

There have also been rumours for the potential next entry in the Tekken franchise after all Tekken 7 released in 2015 in Arcades and in 2017 on home consoles and PC. You can also expect a strong showing by Arc System Works, with Guilty Gear Strive being the main event at in the Michelob ULTRA Arena on Sunday. So expect at least a character reveal and potentially the rumoured follow-up to Dragon Ball: FighterZ.

Of course, we’ll keep you updated on all of this and more here on ESTNN

Five Things To Avoid If You Want to be the Best

FIFA World Cup Qatar has got its very own crypto game

Can DFM improve or repeat last year’s success at Worlds ’22?