It was clear as the game reached its climax that Kyle Giersdorf was in the zone. The athlete had positioned himself in a prime spot on the field. He even cracked a rare smile as he made another solid play. Giersdorf was leading by a commanding 15 points going into this final round; his closest competitor was already out of the picture. When the match was over, the crowded arena erupted in cheers, and confetti filled the air. The 16-year-old looked a bit shell-shocked. As fog machines spouted mist, he carefully made his way down a glowing runway to claim his trophy and $3 million prize. He was, after all, the Fortnite World Champion.

Yes, Fortnite: the wildly popular video game in which players assume the roles of cartoonish, gun-wielding avatars and compete in a last-man-standing slugfest. It has been likened to the Hunger Games on more than one occasion, except, unlike Katniss Everdeen, participants can quickly erect walls and conjure towers to use for cover and vantage. Competition for the inaugural World Cup was fierce. About 40 million hopefuls in the individual and duo categories duked it out in open qualifiers sponsored by Fortnite’s creator, Epic Games, a process that took place over 10 weeks in 2019 and brought together top-tier talent from more than 200 countries. Only 100 solo contestants—among them the underdog but soon-to-be champ, Giersdorf—made it to the finals at Arthur Ashe Stadium in New York City. (The 2020 event was canceled because of the pandemic.) 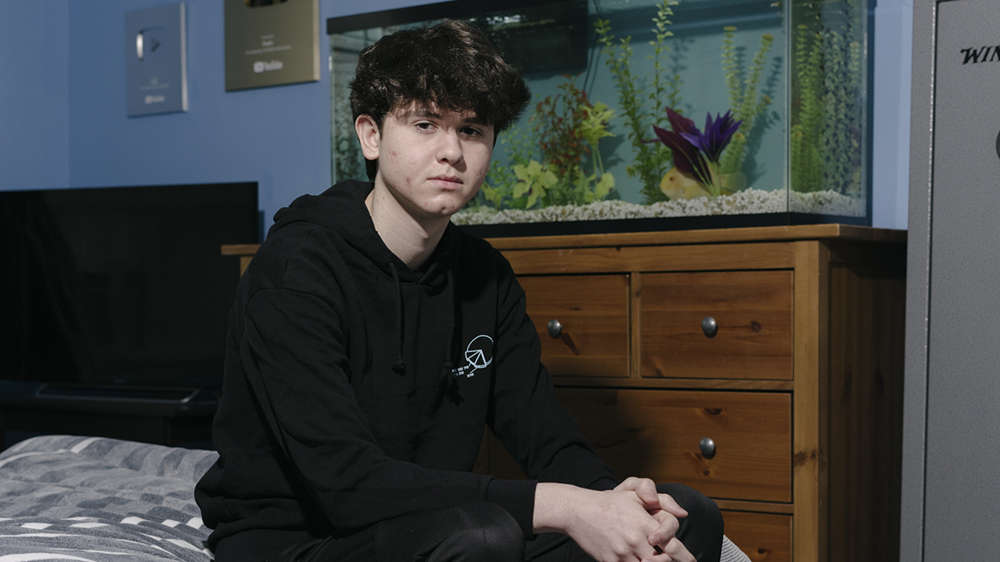 Giersdorf in his bedroom in Pottsgrove, Penn., with awards for hitting 100,000 and 1 million YouTube subscribers behind him. He’s now up to 3.84 million.

Giersdorf’s seemingly overnight success was no aberration in esports, as the world of competitive video games is known. Their intrinsically democratic nature—can you imagine 40 million tennis kids trying to reach the US Open or, for that matter, 40 million athletes in any mainstream sport having the opportunity to advance to a world championship?—is one reason their popularity shows no sign of waning. According to games-data company Newzoo, esports will generate $1.1 billion in revenue this year. The majority of that number comes from media rights and sponsorship opportunities, which, with a global livestreaming audience of 663 million in 2020, look more appealing to brands than ever. New fans deprived of other spectator sports in the pandemic “ultimately accelerated esports into the mainstream fairly considerably,” says Stephen Bradley, a managing director at Deloitte Consulting who co-leads the firm’s US gaming and esports practice. “I don’t think all of them are going to stay by any stretch, but some of them will.”

Esports’ growth has been meteoric in this century, but they started small. Many cite a Spacewar tournament with some 20 players at…